Buddleia’s History in The UK

Buddleia (aka Buddleja, buddlea, the butterfly bush, summer lilac) is often promoted as ‘the butterfly bush’ and sold by the thousand every year from garden centres across the UK. Many people find, within a short time of planting this east-Asian shrub, it becomes something of a pest. Since its import, in the late 1800’s buddleia, has gained a foothold in almost every corner of this country. Buddleia had become common in the wild by the 1930’s and, with a surge in sales from garden centres and nurseries in the 1950’s and 60’s, the chance to control its spread simply vanished.

The best-known variety of buddleia is the common species known as ‘davidii’ and you’ll most likely recognise it, although you’ve probably seen more of these plants growing on abandoned plots and from the brickwork of old bridges than in gardens.

This semi-deciduous and multi-stemmed shrub is festooned with (usually) purple flowers by late spring and into the summer each year, clustered tightly onto long conical flower stems. Fragrant and full of nectar, these flowers are quite a draw for pollinators, and they are visited by hundreds of hungry insects throughout the flowering period.

But this picture of blissful flora-fauna existence belies something that’s extremely problematic. Buddleia attracts pollinators away from other native plant species, making it less likely that their flowers will be fertilized, meaning that fewer seeds will be produced and the populations of the worst affected plant species goes into decline.

Worse still, buddleia is amazingly prolific at producing its own seeds; it has been estimated that a single buddleia flower spike can produce over 40,000 seeds. Under the right conditions a buddleia plant will gain the ability to produce viable seeds when only one or two years old. Added to this, the seeds are extremely small and light and, being easily caught by the wind, can travel far from the parent plant. An excellent germination rate (80% or more) and a shelf-life (viability) of up to five years is the icing on the cake for the buddleia, or the nail in the coffin for some less fertile plant species.

This all goes to explain why buddleia will be one of the first plants to colonize an abandoned plot, or a rural location where the soil has been disturbed or cleared. After settling in a new spot, especially one that isn’t maintained, buddleia will often rapidly invade and dominate the space, forming buddleia stands that push out most other plants. And, once this pretty little thug has taken up residence, it’s extremely hard to get it out. 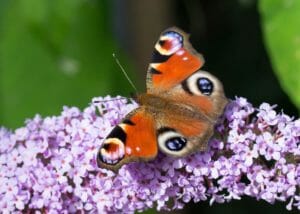 If you have a buddleia in your garden, you’ve probably noticed that every year, you see many baby buddleias dotted around – it’s likely that your neighbours are experiencing the same phenomenon! Another aspect of buddleia in the UK is that it causes enormous damage to built structures, with rail networks being particularly badly affected (the Non-Native Species Secretariat called the problem ‘significant’, and they are not known for exaggeration!). A CABI study in 2010 estimated that, per annum, over £960,000 was spent undoing damage or problems caused by buddleia growing in the wrong place (Williams 2010). If you see a plant growing from a brick wall, a gutter or on the side of a bridge, there’s a good chance it’s buddleia.

A note on garden centres. We don’t want to paint garden centres as wrongdoers, who prioritise sales over our native flora and ecosystems, but they do have a part to play in the problem that exists today with plants like buddleia. Thankfully, many growers and retailers have taken notice. Since the mid 1990’s more interest and effort has gone into developing smaller cultivars and, more importantly, some that are sterile or produce less seed. So, if you really must have a buddleia, do your bit and track down one of these varieties. Even better, find a native shrub instead.

How to Control Buddleia

One simple way to prevent buddleia from spreading is to cut off the flowers before they set seed. Ideally, dry the cuttings out quickly and compost them in a sealed bag. Of course, if you have a large buddleia then this could be difficult or even impossible to achieve. Buddleia can be pruned back every year and this will limit the size of the plant and the number of flowers.

How to Eradicate Buddleia

In many situations eradicating buddleia can be achieved with a simple excavation that will often get rid of a plant in one go. Larger specimens are, for obvious reasons, harder to remove in this way but there is a solution to this. Felling buddleia to ground level is your starting point; if you leave the stump in it will usually simply grow back, therefore to counteract this, special herbicide plugs can be pushed into holes that are drilled into the stump. The plugs contain a slow-release herbicide that will seep into the stump and kill the remaining plant over time. You need to be qualified to use these plugs and they can’t be purchased from diy stores, so you will need a professional to do this work. However, it is usually extremely effective.

Smaller buddleia shrubs can also be treated with herbicide, this normally being done by spray application. More than one dose may be needed to completely kill the plant and again, it’s normally best to get a professional in.

Very small buddleia can be pulled out of the ground very easily. Once you know what you are looking for, buddleia seedlings are pretty easy to spot. Be warned though, if there’s a buddleia near you then this is likely to be one of those jobs that gets added to you garden maintenance regime! Large buddleia specimens may need to be removed by professionals and it’s worth knowing that this plant will regenerate from roots left in the ground, so if you want it gone, the roots need to come out too.

Remember that if you have had a buddleia in your own garden for any length of time, after it’s removed you may find baby buddleias popping up for a good number of years.

PBA Solutions is an established company specializing in non-native invasive plant species. We’re here to help if you want to remove buddleia from your garden. 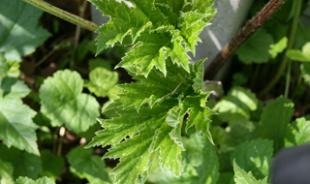 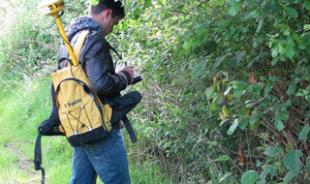 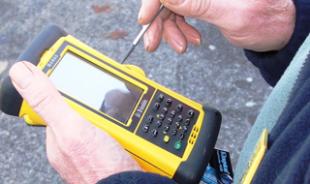