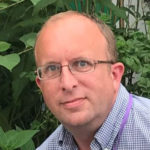 With over twenty years’ experience in horticulture and landscape management, as well as a BSc honours degree in Land Based Enterprise, Jon took over the running of PBA Solutions in 2007 and has developed the company to become an established force in the field of invasive weed control. Jon also owns and runs PBA Consulting, our sister company, dealing with treescape management issues, and landscape consultancy for a wide range of clients. Being so busy inevitably means that Jon requires regular refreshment, with the drink of choice being coffee. The Team have spent years trying to persuade him to drink the bottom half of the mug as well as the top half. With a move to the new office he now has to make his own coffee.

Jon is NPTC PA1/6AW qualified, as well as being a PCA qualified surveyor and technician for invasive weeds and a CSCS card holder. He is involved in cases as Expert Witness for Japanese knotweed. Jon also played a key role in developing and creating the Invasive Weed Stand at Chelsea Flower Show on behalf of the Property Care Association (PCA) which won a Silver Gilt award.

With a passion for growing and propagation Richard studied at Pershore College of Horticulture. He subsequently worked in commercial horticulture, grounds maintenance and landscaping. Running his own small business as well as working for market leading local companies, he has over 30 years industry experience with the past 15 spent in contracts management. Having joined PBA we are benefiting from his expertise and bringing it to bare in a whole new range of scenarios.

In his spare time Richard plays and coaches hockey and is a fan of most sports especially rugby and cricket. We are hoping he does not suggest applying these skills to Japanese knotweed. 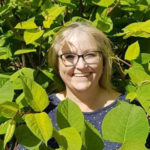 Our logistics expert and the friendly voice on the phone, Sam is great at resolving all manner of issues for our clients. Originally hailing from England, Sam’s years spent growing up in New Zealand gave her the right to legitimately claim the All Blacks as her own, as well as a funny accent. Sam came to PBA via many years dealing with logistics and scheduling (as well as lots of grumpy men) at one of the southern hemisphere’s busiest container ports. Sam is instrumental in making sure that everyone at PBA knows where they should be at any given moment in time – no mean feat! 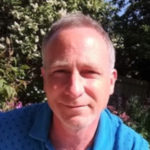 After many years as a teacher, Phil decided to leave it all behind and get a real job some years ago, moving into a career in sales. Initially brought in to PBA as sales and marketing development, Phil found that once he’d got his teeth into some tasty invasive weeds, he couldn’t let go. Now a fully trained and accredited JK surveyor and technician, Phil stunned the invasive weeds world in 2015 by being named Student of The Year 2015 by the PCA in the PCAQT (Japanese knotweed) qualification. Phil is PA1/6AW qualified, a PCA qualified surveyor and technician for invasive weeds and a CSCS card holder. 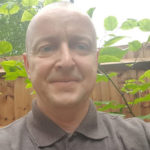 After a successful career in sales Jan decided to move to Spain and enjoy the rural life. On his return he carved a new career in Ground Maintenance, working is way up to successfully managing several teams.

He furthered is career by gaining accreditation as a qualified PCAQT knotweed specialist. Jan is PA1/PA6 qualified and technician for invasive weeds and CSCS card holder. Jan is definitely the man on the ground!! 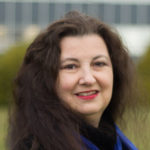 Although Fiona’s career has included working in a boutique marketing agency and as UK Marketing Manager for Sebel Furniture, her love of the outdoors has finally been realised through marketing for PBA. With gardening a key passion she has read the BBC Gardener’s World magazine from cover to cover for over 20 years and knows her plants. A keen photographer she now predominantly takes photos of invasive plant species, spotting them wherever she goes. On a short break in Wales she bagged photos of five different invasive plant species within a 5 mile area. (She is also quietly filling the new office with house plants and hoping the Team don’t notice.) 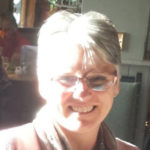 When not beating accounts into submission Jane is our intrepid explorer. She and her husband spent a year in Australia in a camper van touring the byways of the continent and encountering a lot of wildlife. Returning to the UK she came back to PBA to run the accounts department. But she still has the wanderlust and gets all excited when we talk about foreign travel. She claims not to know anything about plants and yet loves to grow exotic vegetables in her highly organised garden.